The first was a blurry picture of what looked like a suit of clothes with no person in them. Either that or the person didn't have a head.

Is he invisible? Funny kid. Sometimes he'd say, 'Hey Abe, I know what you did today,' and he'd tell you where you'd been, what you had to eat, if you picked your nose when you thought nobody was looking. Sometimes he'd follow you, quiet as a mouse, with no clothes on so you couldn't see him-just watching! Once I'd had a moment to look at it, he said, "So? 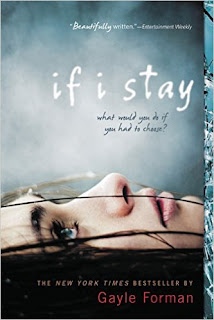 What do you see? The girl's feet weren't touching the ground. But she wasn't jumping-she seemed to be floating in the air. My jaw fell open. Only she couldn't control herself too well, so sometimes we had to tie a rope around her to keep her from floating away!

I tried to arm-wrestle him once and he just about tore my hand off! It was the back of somebody's head, with a face painted on it. I stared at the last photo as Grandpa Portman explained.

One in the front and one in the back. That's why he got so big and fat! It was for a circus show. But I'm telling you, he had two mouths. You don't believe me? What reason would he have to lie? And I really did believe him-for a few years, at least-though mostly because I wanted to, like other kids my age wanted to believe in Santa Claus.

We cling to our fairy tales until the price for believing them becomes too high, which for me was the day in second grade when Robbie Jensen pantsed me at lunch in front of a table of girls and announced that I believed in fairies. It was just deserts, I suppose, for repeating my grandfather's stories at school but in those humiliating seconds I foresaw the moniker "fairy boy" trailing me for years and, rightly or not, I resented him for it.

Grandpa Portman picked me up from school that afternoon, as he often did when both my parents were working. I climbed into the passenger seat of his old Pontiac and declared that I didn't believe in his fairy stories anymore.

The stories. About the kids and the monsters. I expected him to get mad or put up a fight, but instead he just said, "Okay," and threw the Pontiac into drive. With a stab of his foot on the accelerator we lurched away from the curb. And that was the end of it. I guess he'd seen it coming-I had to grow out of them eventually-but he dropped the whole thing so quickly it left me feeling like I'd been lied to.

I couldn't understand why he'd made up all that stuff, tricked me into believing that extraordinary things were possible when they weren't. It wasn't until a few years later that my dad explained it to me: Grandpa had told him some of the same stories when he was a kid, and they weren't lies, exactly, but exaggerated versions of the truth-because the story of Grandpa Portman's childhood wasn't a fairy tale at all.

It was a horror story. My grandfather was the only member of his family to escape Poland before the Second World War broke out. He was twelve years old when his parents sent him into the arms of strangers, putting their youngest son on a train to Britain with nothing more than a suitcase and the clothes on his back. It was a one-way ticket. He never saw his mother or father again, or his older brothers, his cousins, his aunts and uncles.

Each one would be dead before his sixteenth birthday, killed by the monsters he had so narrowly escaped. But these weren't the kind of monsters that had tentacles and rotting skin, the kind a seven-year-old might be able to wrap his mind around-they were monsters with human faces, in crisp uniforms, marching in lockstep, so banal you don't recognize them for what they are until it's too late.

Like the monsters, the enchanted-island story was also a truth in disguise. Compared to the horrors of mainland Europe, the children's home that had taken in my grandfather must've seemed like a paradise, and so in his stories it had become one: a safe haven of endless summers and guardian angels and magical children, who couldn't really fly or turn invisible or lift boulders, of course.

The peculiarity for which they'd been hunted was simply their Jewishness.

They were orphans of war, washed up on that little island in a tide of blood. What made them amazing wasn't that they had miraculous powers; that they had escaped the ghettos and gas chambers was miracle enough.

I stopped asking my grandfather to tell me stories, and I think secretly he was relieved. An air of mystery closed around the details of his early life. I didn't pry. I didn't like the thoughts that crept into my head while my body was at rest: Memory-flashes of terrible things I'd witnessed recently: So I rowed despite my exhaustion and a spine that felt like it might never bend straight again and hands rubbed raw from friction, and tried to think of exactly nothing, those leaden oars both a life sentence and a life raft.

Bronwyn, seemingly inexhaustible, rowed one of the boats all by herself. Olive sat opposite but was no help; the tiny girl couldn't pull the oars without pushing herself up into the air, where a stray gust of wind might send her flying away like a kite.

So Olive shouted encouragement while Bronwyn did the work of two-or three or four, if you took into account all the suitcases and boxes weighing down their boat, stuffed with clothes and food and maps and books and a lot of less practical things, too, like several jars of pickled reptile hearts sloshing in Enoch's duffel bag; or the blown-off front doorknob to Miss Peregrine's house, a memento Hugh had found in the grass on our way to the boats and decided he couldn't live without; or the bulky pillow Horace had rescued from the house's flaming shell-it was his lucky pillow, he said, and the only thing that kept his paralyzing nightmares at bay.

Other items were so precious that the children clung to them even as they rowed. Fiona kept a pot of wormy garden dirt pressed between her knees. Millard had striped his face with a handful of bomb-pulverized brick dust, an odd gesture that seemed part mourning ritual. If what they kept and clung to seemed strange, part of me sympathized: Just because they knew it was lost didn't mean they knew how to let it go. After three hours of rowing like galley slaves, distance had shrunk the island to the size of an open hand.

It looked nothing like the foreboding, cliff-ringed fortress I had first laid eyes upon a few weeks ago; now it seemed fragile, a shard of rock in danger of being washed away by the waves.

I shall miss all your rooms and gardens, but most of all I shall miss my bed. They were linked inextricably, he and that island, and I wondered, now that both were gone, if I would ever really understand what had happened to me: I had come to the island to solve my grandfather's mystery, and in doing so I had discovered my own. Watching Cairnholm disappear felt like watching the only remaining key to that mystery sink beneath the dark waves.

And then the island was simply gone, swallowed up by a mountain of fog. As if it had never existed. By increments we were blinded, the mainland dimming and the sun fading to a pale white bloom, and we turned circles in the eddying tide until we'd lost all sense of direction. Finally we stopped and put our oars down and waited in the doldrummy quiet, hoping it would pass; there was no use going any farther until it did.

A strong wind blew up, and within moments our world was transformed. 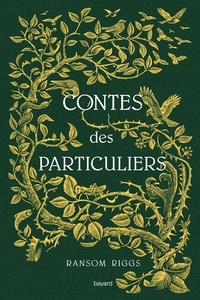 The sea around us whipped into white-capped waves that slapped at our hulls and broke into our boats, sloshing cold water around our feet. Next came rain, hard as little bullets on our skin. Soon we were being tossed around like rubber toys in a bathtub. A wall of water plowed straight toward us. We climbed the massive wave, our boats turning nearly vertical beneath us. Emma clung to me and I clung to the oarlock; behind us Hugh held on to the seat with his arms.

We crested the wave like a roller coaster, my stomach dropping into my legs, and as we raced down the far side, everything in our boat that wasn't nailed down-Emma's map, Hugh's bag, the red roller suitcase I'd lugged with me since Florida-went flying out over our heads and into the water. There was no time to worry about what had been lost, because initially we couldn't even see the other boats.

When we'd resumed an even keel, we squinted into the maelstrom and screamed our friends' names. There was a terrible moment of silence before we heard voices call back to us, and Enoch's boat appeared out of the mist, all four passengers aboard, waving their arms at us. It was upside down, its rusty bottom to the sky. There was no sign of either girl around it. We rowed through a tide of clothes ejected from split-open suitcases, every swirling dress we passed resembling a drowning girl.

My heart hammered in my chest, and though I was soaked and shivering I hardly felt the cold. We met Enoch's boat at the overturned hull of Bronwyn's and searched the water together.

But then, from the underside of the overturned boat, there was a knock in reply-and then a fist smashed through the hull, wood chips flying, and we all jumped in surprise. I extended my oar to her and she grabbed it, and with Hugh and Emma and me all pulling, we managed to drag her through the churning water and into our boat just as hers sank, vanishing beneath the waves.

She was panicked, hysterical, shouting with breath she didn't have to spare. Shouting for Olive, who hadn't been under the hull with her. 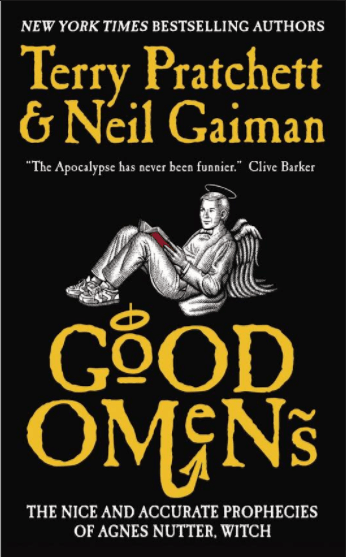 She was still missing. She was shivering, coughing up seawater.

She stood up in the pitching boat and pointed into the storm. A strand of taut brown rope extended up from the water and disappeared into the fog. Olive must've been attached to the other end, unseen.

We paddled to the rope and Bronwyn reeled it down, and after a minute Olive appeared from the fog above our heads, one end of the rope knotted around her waist.

Her shoes had fallen off when her boat flipped, but Bronwyn had already tied Olive to the anchor line, the other end of which was resting on the seafloor. If not for that, she surely would've been lost in the clouds by now. Olive threw her arms around Bronwyn's neck and crowed, "You saved me, you saved me! The sight of them put a lump in my throat.My grandfather was getting old, and frankly he was starting to lose it.

It was a one-way ticket. My grandfather was the only member of his family to escape Poland before the Second World War broke out.

The story and characters are wonderful and well developed. The Heir. I expected him to get mad or put up a fight, but instead he just said, "Okay," and threw the Pontiac into drive.

The reason I couldn't quit was that working at Smart Aid as your first job had long been a hallowed family tradition.